Already in the Book of Genesis, the Almighty God promises the people of Israel the Land of Israel. And since then, the Jewish people have been making their way to that very Land – yes, there have been ups and downs, but the vision has always been the Land of Zion and Jerusalem.

Anywhere a Jew is in the world, his heart, soul and prayers are directed towards the Temple Mount, where the Holy Temple stood. “And may our eyes behold Your merciful return to Zion” is what a Jew prays for three times a day. In other words, there is nothing more unbreakable than the Jewish people’s connection to and love for the Land of Israel, not to mention their loyalty to their Land, their God and their Torah.

Indeed, God promised the Land of Israel to the Jewish people but He didn’t promise any free lunches. He did not promise that it would all happen automatically without any effort on their part. The Jewish people needs to prove their loyalty and their readiness to invest resources – physical, financial, whatever it takes – to realize the dream. It’s a combined physical and spiritual assignment and it’s clearly a partnership between the Creator and His people. Hence from the dawn of history, and from the entry of the first Jew into the Land of Israel, the Jewish people have had to acquire the promised lands from other people.

It doesn’t happen smoothly and sometimes even comes at a painful, war-ridden price.

For example, to bury his own wife, our forefather Abraham purchased a cave from Ephron the Hittite for 400 talents of silver – the first historic acquisition of land in the Land of Israel, and an event of earth-shaking proportions for all future generations. Abraham set the example that has been the Jewish people’s lodestar. It was he who essentially coined the phrase “land redemption” in the Land of Israel! It was obvious to him that despite the clear promise he had received from the Almighty, “I will give this Land to you and your seed,” he had to act in order to make it happen!

Abraham’s example has served the Jewish people throughout history and indeed, the Jews have always had to redeem their Land from foreign conquerors.

This fact was particularly obvious during the “Modern Zionist” period, from the 19th century onwards – and even in the 18th century, when small groups of Jews, first in Europe, in Islamic countries and elsewhere, began dreaming and then acting, gradually returning to the sacred soil of the Land of Israel.

In 1852, Mark Twain visited the Land of Israel and wrote of the desolation he saw at every corner. At that time, the residents were individuals and groups to whom the Land did not belong and the returning Jews were forced to buy lands – undergoing great travails and suffering in the process. Examples abound. And this was true for all areas of the Land – north, the coastal area, upper Negev, and more.

The People of Israel, returning home after 2,000 years in Exile, began to resettle the Land and enlist their wealthy brothers and sisters – mostly from Europe, and many years before the modern State of Israel was officially established – to help them build solid foundations in all fields of life – communities, agriculture, industry, education, health, etc.

Lands were redeemed at every stage, Jews settled on those lands and this great operation grew and became bigger and stronger.

However, to complete the picture, let us fast forward to the Six-Day War and the liberation of more regions in the Land of Israel, in the very heart of the Land and the People – Judea and Samaria.

About seven years after the liberation from the Jordanians, a new movement arose to settle these historic Biblical regions, called Gush Emunim (literally, Bloc of the Faithful). Since then, Jewish communities have flourished, from northern Samaria to southern Judea, via Jerusalem, the vast majority of which are on liberated State-owned lands. Nevertheless, here too, the Jewish people had to steel themselves to redeem portions of the lands from foreign conquerors.

And the theme continues… land redemption in the Promised Land seems to be a golden thread running through history, from our forefather Abraham to the present day. And if we have been reading about the Divine promise to Abraham in the Book of Genesis for millennia, today we, the Generation of Revival, are able to act to fulfill that promise and live in the Biblical Land of Israel, and – with the help of Heaven – we will solidify our grip on it forever more.

This is the time to thank our best friends and partners – Evangelical Christians, for whom the Divine promise is a beacon to their hearts and souls, and they are marching hand in hand with the Jewish people, realizing more dreams and fulfilling the eternal promise made by the Almighty Himself. 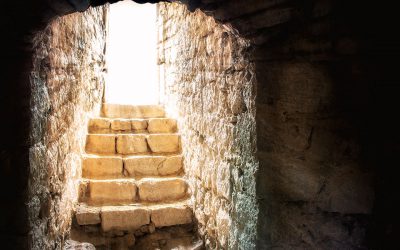 A Vision for Generations